It’s a new year and it’s time to reset our smartphone lists. As always we start with the best offer under Rs 10,000 at the moment. Despite the modest budget, we’ve made sure each handset has at least 4GB of RAM, 64GB of internal storage, a good display, and decent cameras. There are a few surprises waiting for you. Here are your five options this month. Make your choice.

Samsung Galaxy F13
Certain color variants of the Samsung Galaxy F13 are still available for under Rs 10,000 on Amazon India. The phone offers a good mix of features for its price. It’s one of the few sub-10K phones that can boast a Full HD+ display. Its 6.6-inch screen is protected by a layer of Corning Gorilla Glass 5. This phone is powered by Samsung’s Exynox 850 chip and packs 4GB of RAM and 64GB of internal storage that can be expanded up to 1TB with a microSD card.

The photo department is pretty decent for a budget phone with three rear cameras consisting of a 50-megapixel primary camera, a 5-megapixel ultrawide shooter and a 2-megapixel depth sensor. You also get an 8MP front camera for selfies and video calls. A large 6000mAh battery will keep the phone powered for nearly two days with moderate use, and it also supports 15W fast charging. The Samsung Galaxy F13 runs Android 12 with One UI 4.1.

Motorola G32
The Motorola G32 is another very good option on this budget. Some of its features are quite interesting for this price range, starting with its IP52 certified dust and water resistant design. The photo department is even better than the Samsung here, with a 50-megapixel primary camera accompanied by an 8-megapixel ultra-wide snapper and a 2-megapixel macro camera. The 16-megapixel front camera should please the selfie crowd. The phone features a 6.5-inch Full HD+ IPS LCD display with a 90Hz refresh rate; The latter is a pleasant surprise for a sub-10,000 phone. 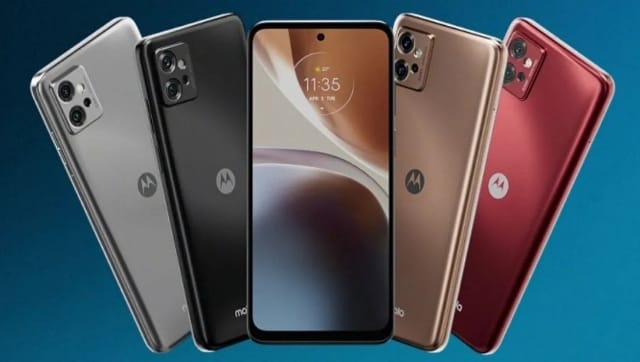 The Motorola G32 is powered by a Qualcomm Snapdragon 680 chip, and you get 4GB of RAM and 64GB of internal storage that can be further expanded with a microSD card. Its 5000mAh battery keeps the phone going for over a day and a half with normal use and supports 33W fast charging. The phone runs Android 12 with the promise of Android 13 and regular security updates. As with all Motorola phones, you get a near-stock Android user interface. That’s quite an extensive feature list for a budget phone.

Infinity Hot 11
The Infinix Hot 11 retains its place in our list due to its impressive feature set. This phone sports a 6.6-inch Full HD+ IPS display and is powered by a Mediatek Helio G70 SoC, which is a decent option for this budget. This also bundles 4 GB of RAM and 64 GB of storage, which can be further expanded using a microSD card. The camera department is modest with a 13-megapixel primary camera supported by a depth sensor. The 8MP front camera gets the job done when it comes to selfies and video calls. 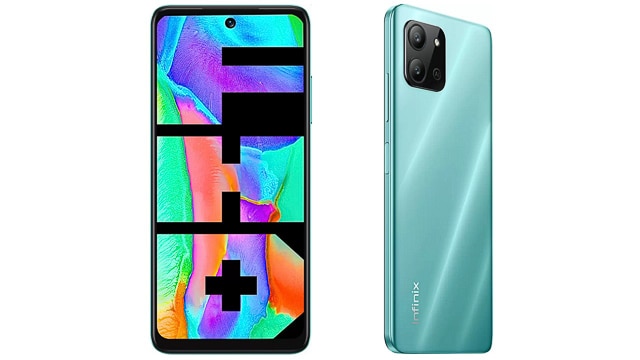 This smartphone packs a 5200mAh battery that will keep it going for well over a day and a half with moderate use. The Infinix Hot 11 runs XOS 7.6 based on Android 11. You can also get a 2022 variant of this phone for the same price, which offers a slightly larger 6.7-inch screen and a Unisoc T610 processor. The battery capacity is slightly lower at 5,000 mAh. The rest of the specs are the same as the earlier iteration. But we still prefer the older version.

Micromax IN Note 1
The Micromax IN Note 1 makes our list again. While it remains a very good option in this budget, just like the Infinix Hot 11, it also shows that development in this segment has slowed down considerably. It has a 6.67-inch Full HD+ screen with a tiny hole in the top that houses a 16-megapixel selfie camera. The X-shaped pattern on the back of the phone is eye-catching and makes the phone look stylish. A 5000mAh battery keeps it powered for over a day and a half with moderate use and supports 18W fast charging. The Micromax IN Note 1 is powered by a Mediatek Helio G85 chip, which is a fair choice for the segment, and you get 4GB of RAM and 64GB of internal expandable storage. This phone has four rear cameras consisting of a 48-megapixel primary camera, a 5-megapixel ultrawide shooter, a 2-megapixel macro camera and a 2-megapixel depth sensor. The phone launched with Android 10, and an Android 11 update should be available by now.

Poco C31
If you don’t want to spend the whole 10,000, you’re in luck. The 4GB RAM and 64GB storage variant of the Poco C31 is currently selling for just Rs 7,499 and for that price it’s not a bad option at all. It sports a 6.53-inch HD+ display with a resolution of 1600 x 720 pixels and a modest Mediatek G35 SoC. The internal storage, which like all the other phones in this list can be further expanded. The C31 has a fingerprint sensor on the back in case you were wondering given the retail price. You get three rear cameras with a combo of a 13-megapixel primary camera, 2-megapixel macro camera, and a 2-megapixel depth sensor. A 5 MP selfie camera is housed in a drop notch at the top of the screen. The Poco C31 launched with Android 10 and Xiaomi’s MIUI 12 on top. You are now getting an Android 11 update for this phone running MIUI 12.5. This phone packs a 5000mAh battery that will power it for almost two days of moderate use. This phone ticks a lot of boxes and at its current price point it represents good value for money.

How to access the accessibility settings on your Nintendo Switch

Windows 11 goes back on suggested actions and other changes