This was revealed during today’s Night City Wire livestream, where CDPR, Netflix and Studio Trigger also revealed what the English dub stands for Cyberpunk: Edgerunner sounds like. CDPR unveiled Phantom Liberty shortly after, and it looks great. Not only does it add more to V’s storyline as they seemingly become a Secret Service-like agent for the New United States of America, but it also sees Keanu Reeves’ Johnny Silverhand return to the group.

Check out the Cyberpunk 2077: Phantom Liberty expansion trailer below:

As you can see, the expansion trailer is short and sweet, but it packs a punch. There’s the narrator, who may be the President of the New United States of America, and Johnny Silverhand. There also appear to be some new locations and weapons in the trailer, but that remains unconfirmed for now.

During the stream, CDPR said “it’s a new kind of storyline” for the team regarding the narrative of Phantom Liberty and that there will be a new cast of characters (along with V, of course). The team hasn’t specified where it’s taking place, but said it will primarily take place in one borough of Night City.

Elsewhere in the stream, CDPR detailed some of the things coming with the 1.6 update, including a complete overhaul of Cyberpunk 2077’s police system and vehicle-to-vehicle combat mechanics. There will be a new melee gameplay loop and a bunch of new actions in the perk tree. Also, the cat Nibbles can be added soon in photo mode. Other aspects of this update include a transmog system, playable arcade cabinets, and a jacket and weapon inspired by Cyberpunk: Edgerunner.

Finally, the team said that update 1.6 will be the last major update for old-gen consoles and that going forward, all updates will be available for current-gen consoles and PCs. However, the team will continue to monitor and perform maintenance on old-gen versions of the game to keep them running smoothly when needed.

Will Phantom Liberty take you back to Cyberpunk 2077’s Night City? Let us know in the comments below! 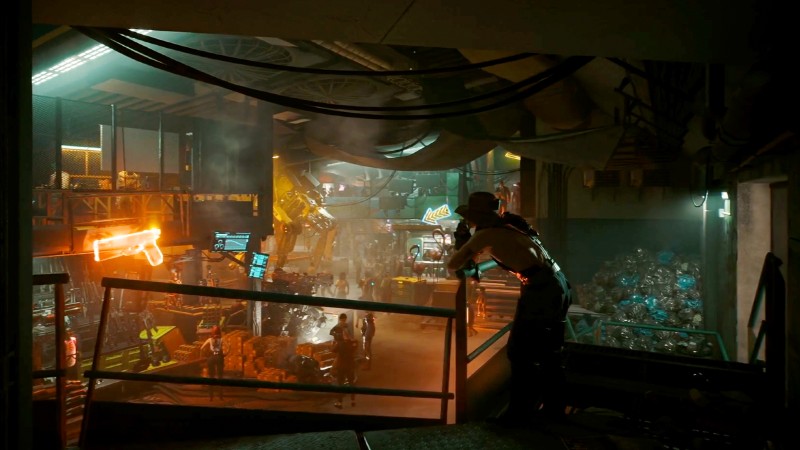 How to Recover Deleted Photos on iPhone

Kiwi Farms was dropped by the second web hosting provider

Here’s the first trailer for the Super Mario...

Listen to Chris Pratt’s Mario in the first...

Gigabyte is launching the Gigabyte G5 series of...

Witchbrook: Everything we know so far about the...

WTF: Why do these World Cup security uniforms...