People have auctioned off the most bizarre items – from John Lennon’s molar to a piece of cake from Queen Elizabeth II’s 1947 wedding. Now you can add items from Twitter’s offices to that list.

Yes, you read that right: If you’ve ever wished for a two-meter-tall sculpture of an @ sign or an espresso machine used by the social media giant’s employees, then you’ve come to the right place.

Here’s a look at what was available on the bidding block and what that means for the company acquired by Elon Musk.

The 27-hour auction, which began Tuesday, was organized by Heritage Global Partners.

According to the company that organized the sale, there were 631 lots of “surplus company office equipment” available to bid on and prices ranged from US$25 (Rs 2,033) to US$15,000 (12.2 lakh). Everything from an electric neon sign prominently displaying the corporate bird logo of the company that fetched a $17,000 (13.83 lakh) bid to even boxes of N95 masks were placed in the bidding block.

As well as these items there were also furniture items up for grabs such as a custom made conference table made from reclaimed wood and the final bid closed around $10,500 (Rs 8.5 lakh). Other high-end furniture, including a Knoll Womb chair, molded plywood Eames lounge chairs and a Savannah two-seater sofa by Erik Jørgensen, were also listed on the auction site.

Ross Dove, CEO of Heritage Global, who is leading the auction, said more than 20,000 people have registered for the bid – more than at any of the thousands of auctions the company has held in over 90 years in the business.

He was quoted as saying New York Times“The assets are really good because they bought the best of the best, but I don’t think we would have had this crowd without the allure of Twitter.” Regarding Musk, he added: “Everything he does, attracts attention.” 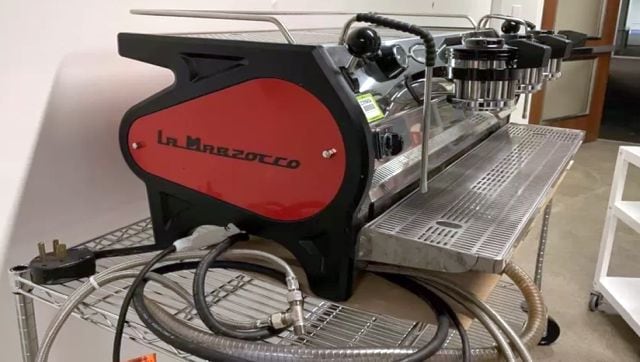 But why the auction?

While Heritage Global Partners stated that the auction, which is expected to raise approximately $1.5 million (Rs 12.2 crore), has nothing to do with the company’s financial position, the timing of the auction cannot be ignored.

“They were sold for $44 billion and we’re selling some chairs and desks and computers. So if anyone really thinks the proceeds from selling a few computers and chairs will pay for that mountain there, then they’re an idiot,” he was quoted as saying wealth.

Also Read: The real reason Elon Musk had a change of heart and bought Twitter

Since Elon Musk took over the company in October last year, the billionaire has been trying to cut costs — with drastic measures like laying off half of the company’s 6,000 employees and suspending office rent payments. Twitter has allegedly failed to pay rent at offices around the world, including its San Francisco headquarters where the landlord is suing for non-payment.

To generate revenue, he also launched the $8 subscription service called Twitter Blue. However, the social media giant continues to bleed money and the situation is getting worse as advertisers pull ads due to Musk’s hands-free approach to content moderation.

Also read: Mass layoffs, not paying office rent, auctioning off items: This is how Elon Musk saves on Twitter

In fact, the company’s financial health has been making headlines lately, Musk told employees, such a Associated Press According to reports, there is a “good chance that Twitter will not survive the upcoming economic downturn.”

Reports also surfaced earlier last week that the company is considering selling usernames to boost sales. A New York Times The report states that engineers at the company are considering organizing online auctions where users can bid on usernames, also known as handles. It’s unknown if the idea will materialize, and if it does, it’s unclear if the plan will affect all usernames or just some of them.

There were also reports that Twitter had sold some of its blue ticks to the Taliban, a decision they reversed after facing criticism online. According to The Guardian, two prominent Taliban leaders – Hedayatullah Hedayat and Abdul Haq Hammad – had lost the blue tick from their Twitter accounts shortly after the public became aware and criticized the social media company for doing so.

With contributions from agencies

Wikipedia fears that without Section 230, its volunteer...

The morning after: Microsoft’s next-gen Bing is “more...