Some games, like The Sims and Animal Crossing, draw you in with their comfortable routine, making the mechanics easy to get into and making the experience your own. The Rune Factory series is an example of this style of play, which blends farming, socializing, and dungeon crawling.

As someone who has played the franchise since the first entry of the Story of Seasons spin-off 15 years ago, I’ve always liked how the action/RPG captures a sense of discovery. Whether it’s digging up a new location that offers new items and monsters to raise, or learning more about the town’s eccentric people, there’s a satisfying sense of progression in the seemingly endless options for how to spend days. Rune Factory 5 succeeds in this regard, and in many ways is one of the better entries in the series. Unfortunately, some technical issues, like a terrible framerate, along with poorly designed combat and upgrade systems, dilute the experience.

Rune Factory 5 continues the tradition of an amnesiac storyline to advance the narrative. You mysteriously end up in the city of Rigbarth with no memory of how you got there. All you know is that something is wrong as monsters invade the land. To search for answers, you accept a job as a ranger. This allows you to take inquiries from townspeople and investigate suspicious locations in hopes of finding your next clue to the bigger mysteries at play. Of course, in order to earn an income to live on, you must also farm on the side.

The plot does its job of bringing you into the world and offering twists to keep you exploring, but it’s the townspeople who make the experience. The cast is one of the strongest in the series, with many likeable and interesting characters. They’re not as over the top as some previous entries, but I got caught up in their personal struggles, like Lucy missing her dad, in addition to more comical situations, like Ryker always wanting to take a nap. Character-focused quests add layers to their everyday personalities.

As an action/RPG and relationship/farming sim, Rune Factory offers a nice variety of ways to pass your time. Focusing on the townsfolk can open up side adventures and eventually lead you to love. Farming supply increases your profits quickly, allowing you to upgrade everything from your house size to the stocks available in shops around town. Entering dungeons and defeating their bosses often advances the story, but you can also level up, learn new weapon combos, pick up items for crafting, and tame some monsters to work on your farm or fight with you. The game has an immersive loop and I never felt like my days were empty, but I quickly realized that many of these systems are just average or sub-par in their design.

For starters, while improved over previous entries, combat is clunky and the awkward multi-button combo abilities don’t help. You tap R to sprint, but holding it activates your magic. The slight difference in input is the recipe for disaster, which you would expect; my magic menu came about when I tried to dodge more often than I care to admit. That being said, I loved the number of different weapons available and how they all felt unique, from melee-oriented boxing gloves to heavy, long swords that pack a punch. Using different weapons changed my approach to combat. For example, with fast, less stamina-draining dual blades, I could afford to spam attacks and combos, while heavier weapons made me stand back and wait for opportunities to whine at enemies.

Unfortunately, Rune Factory 5 doesn’t encourage too much experimentation with its various weapons. Players must level up each weapon’s abilities to learn combos and new attacks. Starting from the beginning didn’t seem worth the trouble to me, and had I not tried to get a panoramic view of the game for this review, I would have stuck with just one or two weapons throughout the game.

I enjoyed seeing the bosses’ cool designs (a personal favorite is a colorful octopus), but fighting them is very boring. Bosses are all about observing enemy patterns, but I never felt challenged, especially when bringing tamed monsters into battle. You can also bring fellow villagers to fight alongside you. They provide your character with powerful team attacks, but they all start out at a low level and need combat experience before they become useful. All of my villager fighters died too quickly for my liking, and I didn’t feel it was worth the trouble, so I often left them in favor of monsters I tamed.

That’s the thing about Rune Factory 5; everything is powered by level achievement. On the one hand, this can be satisfying; on the other hand, it may require lengthy grinding. It’s not just about your combat level; Your cooking, blacksmithing, crafting, and chemistry levels also focus on this progression system, where trying new recipes yields better items, weapons, and armor.

The only way to unlock recipes is to experiment blindly, buy recipe bread (available in limited quantities every day), hope an NPC will reveal one in a random conversation, or get bread as a quest or festival reward. Once you level up, it’s really fun to see what you can create. I made a plush monkey shield and could cook everything from a chocolate sponge cake to star-shaped hash browns. However, upgrading weapons, armor, or farming tools was too much trial and error for my liking.

Because you can craft, harvest, forge, cook, and mix potions, you’ll collect numerous items each day. Unfortunately, inventory management is a mess, making this quite a pain. Your backpack can only hold a certain number of items, and I was constantly running out of space. I wasted so much time getting items into a warehouse that I also had to constantly expand. To add insult to injury, the game doesn’t automatically group items when you move them into storage, forcing you to find the ones you can piece together to save space.

While I’ve fretted about my inventory space, it has never tarnished my love of exploration and joy in finding new things. From finding bandit hideouts, crystal caves, lava caves, and more, each new area is an opportunity – whether it’s finding rare items and ores to craft, finding powerful monsters to tame, or acquiring a new fruit to use in a cooking recipe can be . Every trip feels rewarding – even if it’s just a stroll around town to discover something new about a villager.

Festivals and special events help break up the calendar and I liked their interactivity which made me dodge mini-quests like beans and create my own monster team for a tournament. Unfortunately, the events are brief and the rest of the day is wasted as the villagers just keep standing around the festival grounds. Having more than a brief main event would go a long way towards making these celebrations feel worthwhile and impactful.

Rune Factory 5 is rough around the edges, but I still loved my time with it. Something about how all the pieces work together keeps pulling me there. Even after I’ve completed the main story, I’m still playing as I have recipes I haven’t unlocked, a romantic journey I’m embarking on, and many upgrades I can still make around town. It has its flaws, but Rune Factory 5’s enchanting loop of constant progression and discovery helps mitigate many of those annoyances so they don’t sting as much. 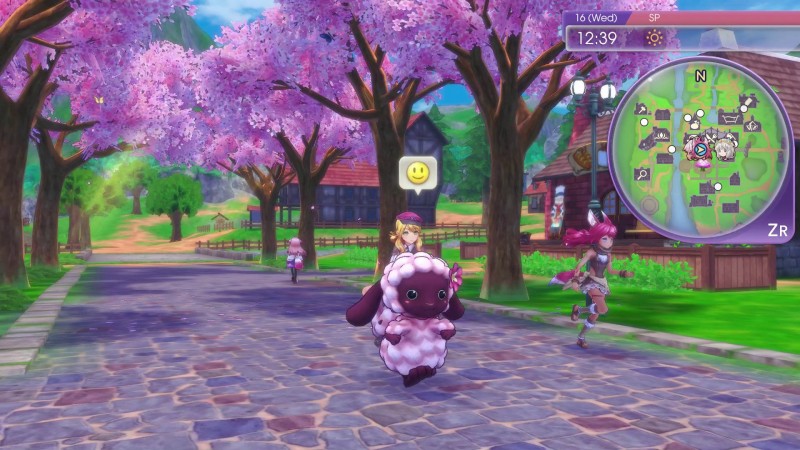 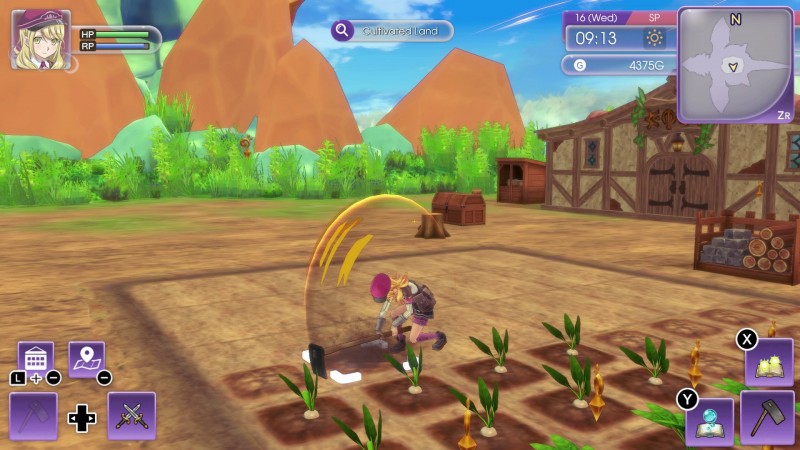 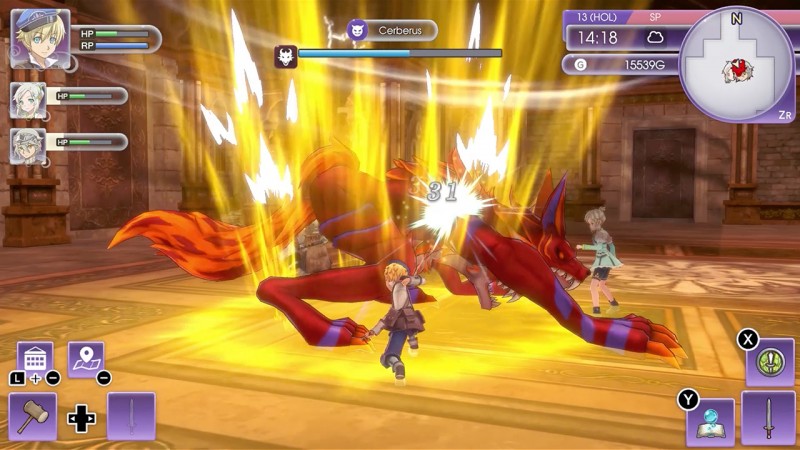 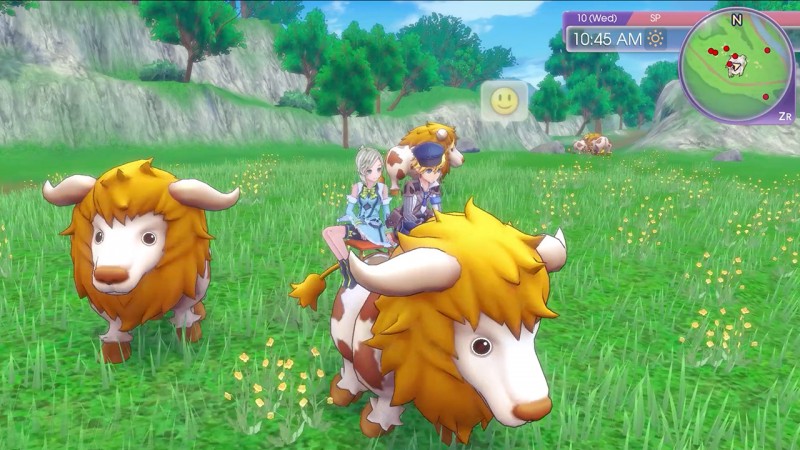 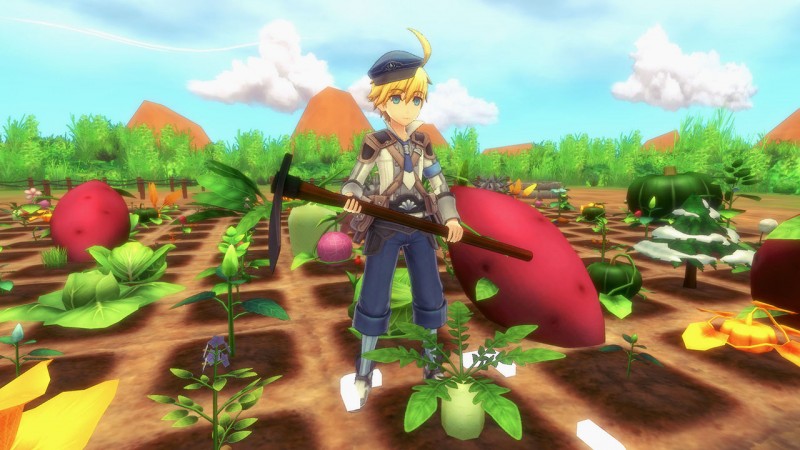 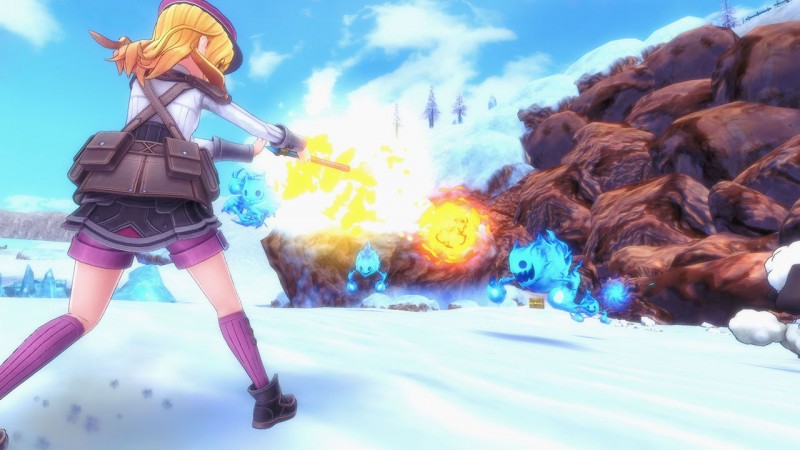