More than a decade ago, Damon Lindelof and Carlton Cuse closed the book on Lost. Blending elements of science fiction and light fantasy over the years, the action-drama serial lasted six seasons on network TV between 2004 and 2010. It survived the 2007 writers’ strike as one of the most popular network shows of its time, and thrived during the seismic shift in television as viewers began migrating from cable to streaming subscriptions like the then-burgeoning versions of Netflix and Hulu.

12 years later, Lost exists as a rare hybrid of engrossing serial drama and a so-called “mystery box,” a word sometimes used pejoratively to describe how JJ Abrams and his writing students, like Lost’s showrunner, have a penchant for throwing a bunch of unanswered questions for the audience, sometimes before the authors themselves know the answers. The Lost writers’ messy but endearing handling of this aspect of the show helped popularize the online theory crafting fandom that’s behind basically every popular mystery box show today. As the internet and social media became mainstream in the mid 80’s, people brought their water coolers out of their respective offices and onto forums like Podcasts, Reddit, IMDb or, in this particular case, Lost pedia.

In the years since Lost aired, many shows have been billed as its successors – Flashforward, Dark, Stranger Things, The Event, Castle Rock, The Leftovers, et al. Most recently, Yellowjackets shared the same catalyzing event of a plane crash leaving survivors stranded. There wasn’t a lack of attempts, but it’s only now that I think we finally have the next Lost in HBO’s Westworld. The sci-fi action-drama checks all the boxes of what made Lost so special, and that’s largely because it’s an endearing mess.

In order to be the next Lost, a series must meet certain requirements. First and foremost, it has to be a show that releases one episode at a time. The Netflix model of dumping an entire season on the audience’s lap isn’t conducive to forming the next Lost. As a network or service, you don’t give the audience time for theorizing. Once a new season is out, many fans rush to the end and avoid the popular forums where fandom hangs out between episodes. Perhaps cynically, this format doesn’t seem to be about giving fans a memorable experience. It just gives them something to consume. Like beating a bad video game or reading a lousy book, sometimes the act of starting and finishing something just feels good. Netflix and others know this, but to be the next Lost, that respite is critical.

To be the next Lost, a show must also carry its mystery box in the hands of compelling characters. Lost’s approach was to dedicate each episode to a single character. We checked out their latest events on the island where they crashed in 2004, but we also routinely recalled their life before the crash. This provided a brilliant insight into the massive ensemble cast of characters, and it’s still odd that no show has seemingly lifted this approach by and large.

But Westworld gets pretty close at times, for example when one of season one’s key reveals is that the characters William and The Man In Black (sound familiar?) a and the events we saw them for came from during the season actually from two different phases of William’s life, decades apart. Like Lost’s own Man In Black and his brother Jacob, Williams’ arc touches on the dark and light duality of humanity.

In a way, the core Lost episode format was handled for William for one season. Through similar time jumps or perspective shifts, we’ve gotten to know Dolores, Bernard, Maeve, Charlotte, Caleb, and more of Westworld’s cast just as well, and because they’re so compelling, too, the mystery box is able to persist and thrive. A show doesn’t need those time jumps to be the next Lost, but it does need at least a long list of great characters, and Westworld certainly has them.

While the mystery box needs to be sustained by a weekly format and compelling characters – without the latter a show could be doomed – a good mystery box series also thrives on another factor: clutter. Lost, for all its accolades and plaudits, was routinely a mess. what was the whisper Who was really the smoke monster? Why can the island move over the earth? These and many many Other questions were often asked by writers who wanted fans to think about the answers, but often when the show gave us definitive answers, fans felt unfulfilled.

In an example from season 6, we learned that the smoke monster could not directly kill “candidates”, a term for would-be protectors of the island, but three seasons ago we saw the smoke monster demolish Mr. Eko in an instant, and we me knows from the show that Mr. Eko was a contestant at least once. Was he no longer a candidate when the smoke monster killed him? It’s reasonable head canon, but the show never really explained it. I like a show that doesn’t spoon feed some things, but even as a Lost superfan, I can point to a half-dozen mysteries that have received answers that clearly don’t tally with some of the previous events in the series.

Westworld has a similar problem, but mind you, I wouldn’t say either show “suffers” from clutter. What does it take to kill a host? What really is the sublime? Why does Maeve have her emergent, almost supernatural abilities and no one else? Perhaps the authors plan to answer these questions in due course. However, across three or more seasons, the internal logic is not always consistent. Some hosts will die if fatally shot, others will not. We’ve seemingly jumped many years ahead to see William replaced with host copies of himself, but how far in the future, and what does it matter? Sometimes a mystery box series can get so wrapped up in the puzzles that they forget to plan the solutions.

As with Lost, it’s reasonable to want—and even expect—answers to every question posed by the writers. But series are rarely fully planned in advance. Even a perennial favorite like Breaking Bad has largely been invented over time – quite remarkable given how closely it all fits together. But this is a show about normal people. Lost is part sci-fi. Westworld is all sci-fi. Keeping things clean and providing satisfying answers over half a decade or more is simply a harder task when a show’s lore bible is constantly being rewritten to include things like time travel, robots, smoke monsters, and futuristic dystopias, because there are no authors in our world, they are building a new one.

That’s especially difficult when legions of fans are scouring every inch of an episode for clues, like the Zapruder movie is — a lesson the Westworld crew learned firsthand as fans on the subreddit pretty much valued the entire first Season accurately predicted events after a few episodes.

Such a nerdy passion for a series’ plot, themes, and characters hasn’t been seen since Lost, and it only exists now because the series airs episode after episode, because the characters are worth getting to know, and because A messy mystery makes for a fun fandom.

Westworld exists in a much more fragmented TV landscape, so it doesn’t pull in the 10 million viewers that Lost once had on ABC, but I’d appreciate the spaces that die-hard fans hang out in to devise theories based on the latest still- Images from Dolores’ computer screen are even more populated than similar places in 2009 when Lost fans were trying to figure out who Jacob was. I hope Westworld finds its natural ending, much like Lost, because on shows like this I’m not forced to just finish something I started. With shows like this, the chaotic and exciting journey with like-minded fans will always outshine the destination anyway. 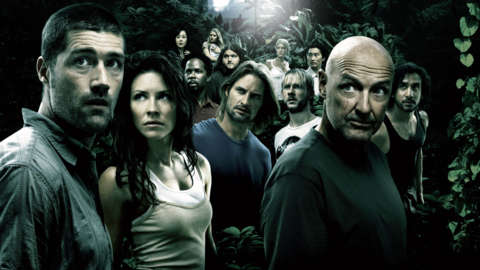 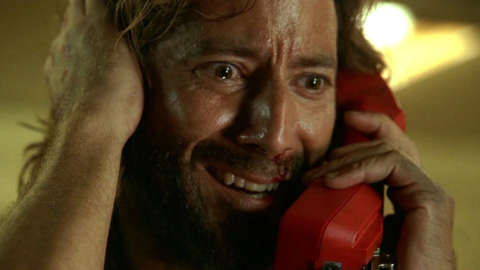 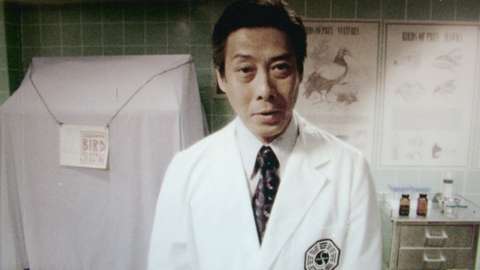 The best VR headsets and games for exploring...