Home TechDesign What I learned while designing my thesis game
DesignGaming

What I learned while designing my thesis game

I made 12 small games (analog and digital) during my MFA program at NYU Game Center. However, I devoted most of my time to my diploma thesis. Until graduation I worked as a writer/narrative designer on prototypes, vertical cuts, documentaries – you name it. And after many adjustments, my thesis even won a highly competitive postgraduate development support grant. Tight deadlines and side assignments led to periods of high stress, albeit in a controlled academic environment, but the lessons on collaboration and creativity were invaluable.

It’s a normal school evening and I’m on a video call with my friend Jude. I watch them casually scroll through graffiti-bound concept art and short clips of a passion project called Ponch: Cyberspace Investigator. They give me a rundown of the game’s mechanics, inspirations, and vibes, including phrases like “platformer,” “Ace Attorney-inspired dialogue puzzles,” “sleuthing,” and “hack the internet.”

When I ask about the narration, her eyes light up. Jude tells me about a virtual, two-toned metropolis filled with criminal hacktivists, state-owned surveillance systems, and class-based feuds. A slum world full of Persona’s incomparable flair. But most importantly, they say Ponch: Cyberspace Investigator is a celebration of resistance. A game that follows an eccentric group of BIPOC lesbians as they confront their dystopian society.

Suddenly, Jude clarifies that this is just an idea they’ve been working on in batches over the last few years. “It’s not concrete,” her modest silence seems to imply. Still, I want in.

At the beginning of the thesis class, we post extensive character maps, wireframes for scene compositions/UI layouts, and various moodboards on our Miro, a digital whiteboard for remote collaboration. As Jude tinkers with the menu dialog system, I create an opening scene based on her initial vision – Ponch, a struggling private detective running an illegal practice in the basement of an abandoned funeral home, is hired to find a missing person.

As the first rounds of milestones drew near, Jude worked closely with a cinematographer, adding dynamic camera angles to the characters’ conversations. Then, after I finish my script, we implement text and spend all night debugging. It takes several long weeks to create a three to five minute proof of concept that highlights the aforementioned Ace Attorney-inspired dialogue puzzles. 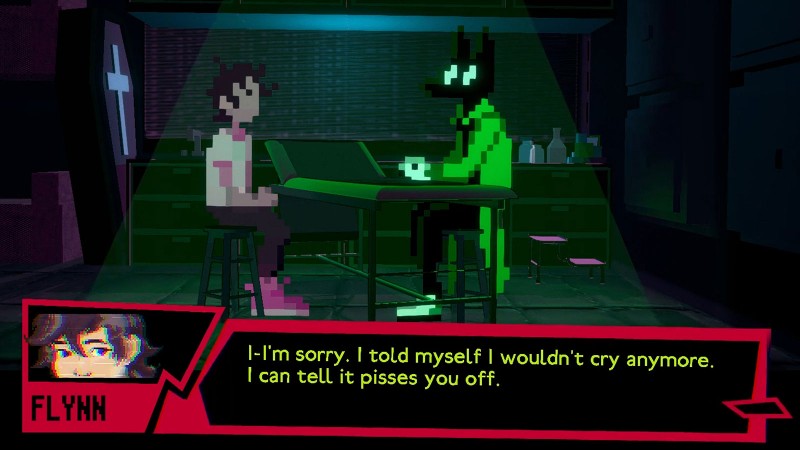 As Ponch, the player investigates a client about events that led to his girlfriend’s disappearance. After clicking on inconsistencies in the client’s statement, the discussion continues. Faculty feedback seems troubling, as there is still one critical question that needs to be answered: “What is the central loop beyond interrogations?”

We need help. So Jude and I recruit Katie, a talented programmer who is interested in working on our gameplay systems. Almost immediately, the workload decreases, giving the team room to playtest and continue iterations. We spend hours debating a primary hacking mechanic that fits our dark detective story. And after much deliberation, we land on giving players the ability to hack Psyche, infiltrate minds (or “mindspaces”) for information/secrets, and consequently make investigative breakthroughs. 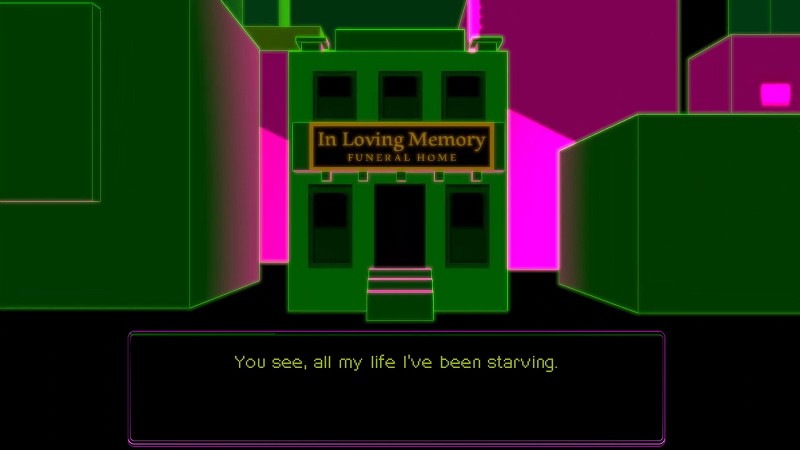 Mindspaces became mini-games that relied on visual storytelling to characterize other people. But how could we make the player feel smart? We’re returning to dialogue puzzles and making overhauls inspired by ancient, cartoonish detectives armed only with pens and blocks. Instead of just clicking through the dialogue looking for contradictions, we’re building an inventory system for collectible quotes that players present to NPCs in key instances. By giving players more control over how they react to other characters, confrontations are more dynamic and satisfying.

It’s taking nearly six months to solidify these mechanics while improving the UI, effects, and overall juiciness (the embellishments that make the gameplay satisfying). And for our latest milestone, we proudly submit a 20-minute playable demo. Ponch: Cyberspace Investigator gave me the opportunity to write a queer story while learning to accept constructive criticism and constant editing as part of a small team. More importantly, designing my thesis game taught me to be trusting, curious, and playful.

This article originally appeared in issue #350 of Game Informer.